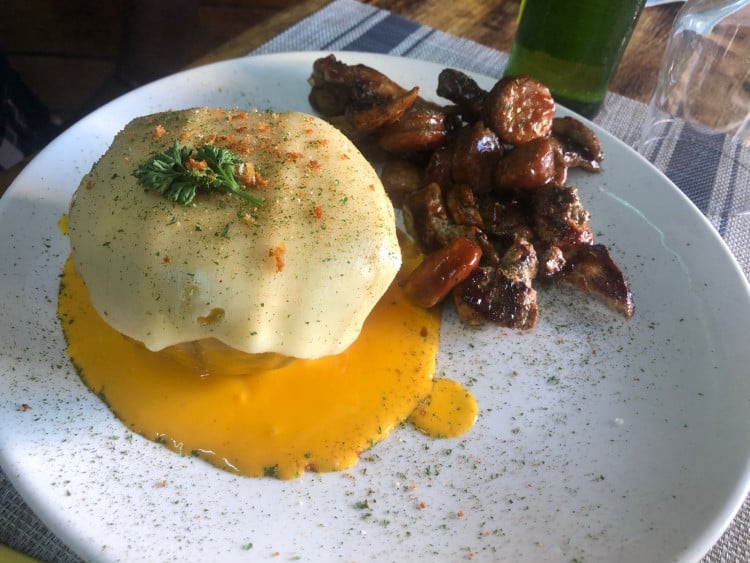 Some time ago we published a Traditional Mofongo Recipe, you can enter and also learn to prepare it, although the steps are very similar the Mixed Mofongo brings a plus that is Cheese Sauce and Mixed Meats.

Mofongo is a dish made from fried plantains that are subsequently mashed and served with garlic, then a ball is formed and served on a plate.

The Traditional Mofongo is prepared with crisp pork rinds, this dish is considered as lunch, dinner or as a light meal, the latter is aimed at those staff who leave nightclubs at dawn and need this quick meal to calm the effect of alcohol.

The mofongo is quite similar to mangú which is very popular in the Dominican Republic, instead since Puerto Rico is part of the United States, different American traditions have been created that reach the archipelago that includes the Thanksgiving Day, this time the Puerto Ricans stuff their turkey with mofongo, instead of filling it with bread as is traditional.

In Cuba, traditionally it is prepared fufu banana which is also very similar to mofongo, but in this case the bananas are boiled instead of fried.

In Colombia, the cayeye is a breakfast dish that is made with cooked and mashed green plantain.

¿What is the origin of Mofongo?

Its history has been marked by various cultures. First, that of the Taínos, a Native American ethnic group, and then that of the Spanish settlers who arrived in the 15th century. The latter needed labor to establish themselves, but the Taínos were not numerous enough. So they brought slaves from Africa who also came with the ancestor of the mofongo, called fufu.

The fufu is made with boiled and crushed flours made of starchy vegetables such as cassava, bananas or yams, the resulting mass is eaten with a sauce. 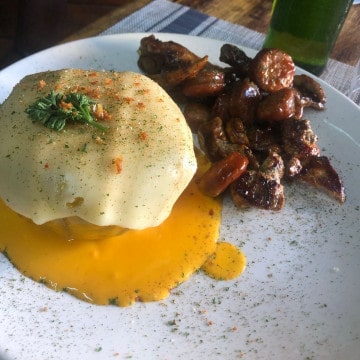 Yodeimi Gómez
The Mofongo Mixto is a rich dish made from fried plantains, cheese sauce and rich mixed meats, this recipe for Mofongo Mixto is very popular in many Food Trucks on the streets of the Dominican Republic, today we will show you every step you should continue to make this delicious plate of Mixed Mofongo in Cheese Sauce.
5 de 1 voto
Print this Recipe Share on Facebook Pin Recipe
Pre-Time 15 mins
Cook-Time 35 mins
TOTAL TIME 50 mins
Course Dinner, Main Course
Cousine Dominican, Puerto Rico
SERVINGS 6
CALORIES 659 kcal

For the Cheese Sauce

Steps to prepare the Cheese Sauce